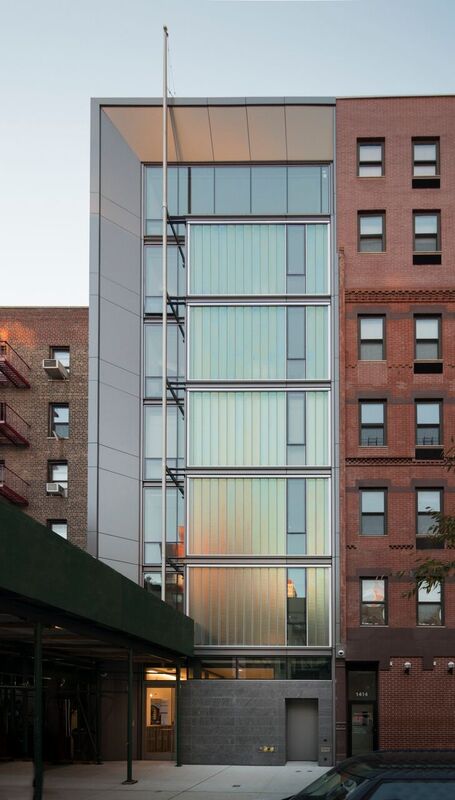 The French High School of New York is a private, independent bilingual French school for students from pre-kindergarten to twelfth grade located on Manhattan’s Upper East Side. In order to expand their facility, the school purchased an adjoining five-story residential building on York Avenue. The rear property line of the purchased building meets the existing school complex.

The purchased building was completely gutted. The first two floors were extended to the rear so an interior connection between the buildings could be created. The remaining floors were slightly decreased to follow zoning laws and two additional floors were added giving the school a total increase of 20,000 square feet. Both front and back facades were removed. The rear was given a window wall from the third to seventh floor. An intricate front façade consisting of channel glass, steel, formed aluminum fascia panels and stone sets the front façade apart from the surrounding structures.

Classrooms, offices, bathroom facilities, a new elevator and a scissor stairs with fire glass walls are found inside the new building. Complete new mechanical systems using the existing chiller and a tie-in to the school’s emergency generator were also required. This $14 million project met its September completion date to coincide with the new school year. 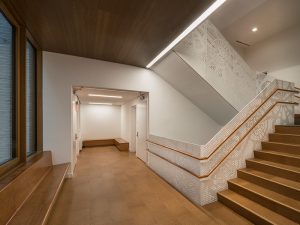 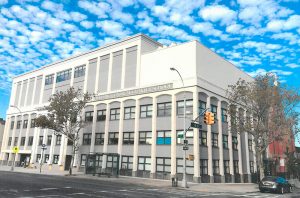